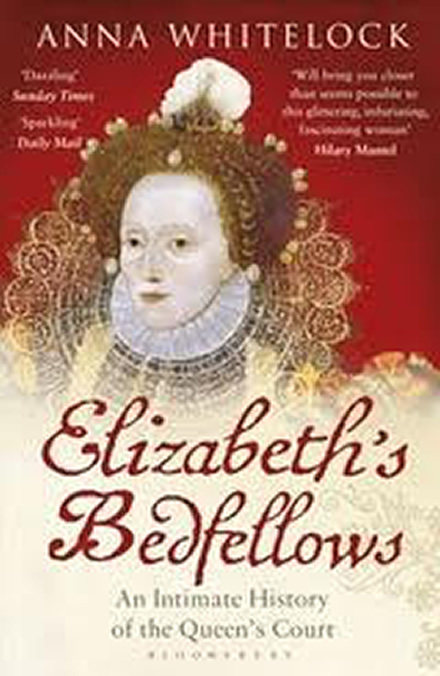 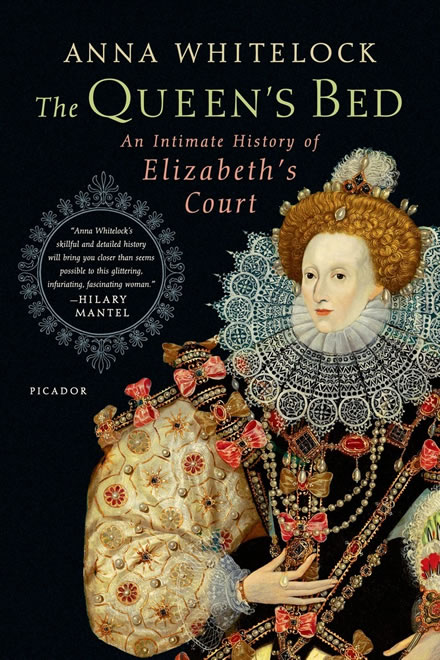 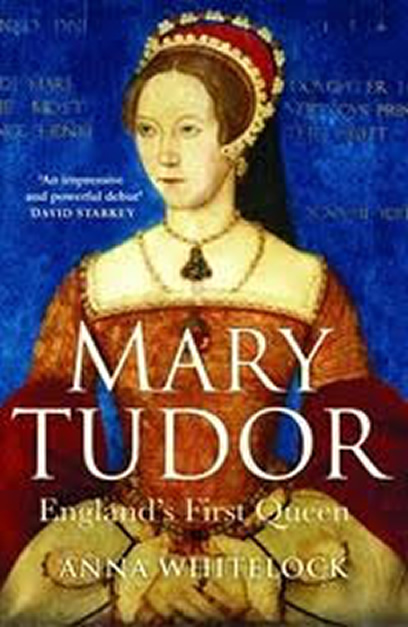 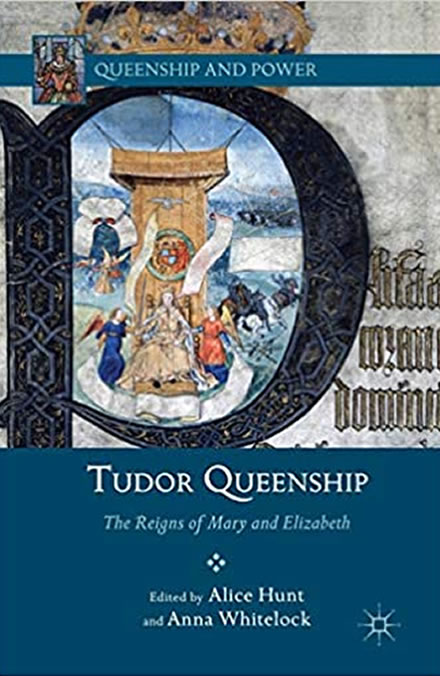 Elizabeth’s Bedfellows: An Intimate History of the Queen’s Court

Elizabeth I acceded to the throne in 1558, restoring the Protestant faith to England. At the heart of the new queen’s court lay Elizabeth’s bedchamber, closely guarded by the favoured women who helped her dress, looked after her jewels and shared her bed.

Elizabeth’s private life was of public, political concern. Her bedfellows were witnesses to the face and body beneath the make-up and elaborate clothes, as well as to rumoured illicit dalliances with such figures as Robert Dudley. Their presence was for security as well as propriety, as the kingdom was haunted by fears of assassination plots and other Catholic subterfuge. For such was the significance of the queen’s body: it represented the very state itself.

This riveting, revealing history of the politics of intimacy uncovers the feminized world of the Elizabethan court. Between the scandal and intrigue the women who attended the queen were the guardians of the truth about her health, chastity and fertility. Their stories offer extraordinary insight into the daily life of the Elizabethans, the fragility of royal favour and the price of disloyalty.

(Published in the US as The Queen’s Bed) 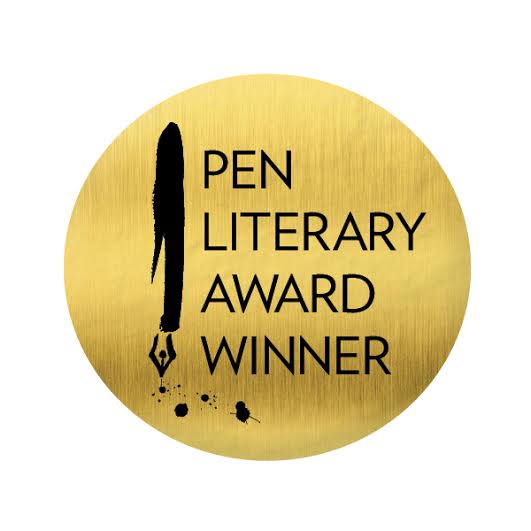 “Anna Whitelock’s skilful and detailed history will bring you closer than seems possible to this glittering, infuriating, fascinating woman.”

“Elizabeth, subtle and seductive, was also a warrior. Self-possessed, she was also owned by every gossip in Europe. Her virginity was a national asset, but a wasting asset as her reign progressed. Her body was the body politic, closely guarded but obscenely scrutinised, subject to adoration, speculation and threat. Anna Whitelock’s skilful and detailed history will bring you closer than seems possible to this glittering, infuriating, fascinating woman.”

“This intimate look at the ladies of the court is dazzling and fresh..engrossing and admirably researched…taking us behind the closed doors of Elizabeth’s bedchamber, Whitelock builds up a remarkably intimate portrait…Whitelock’s excellent life of Queen Mary was published in 2009. With this dazzling portrait of Mary’s successor, she takes her place among the foremost – and most enthrallingly readable – historians of the Tudors.”

“Whitelock’s fearless approach to Elizabeth is not unlike that of Essex. She, too, has burst into the bedroom and shown us the Queen in her most private state. This is an intimate history of the court and a brilliant history of intimacy.”

“With the lively imagination of a dramatist and the rigor of an academic, Whitelock discards the chastity belt of conventional royal history and presents Elizabeth in terms of the intimate politics of her life.”

“Whitelock gives us a new account of Elizabeth’s reign, seen largely from the queen’s personal perspective. It is a memorable portrait…with some nice details that allow us to see a more human side of Elizabeth.”

“Whitelock makes sparkling use of the eye-witness testimonies of courtiers, who recorded their impressions of the Queen in letters as gossipy and vivid as any tweet or Facebook post… The charm of Anna Whitelock’s portrait of the Queen and her times is that it shows the monarch and the woman, in all her power and pathos, through the eyes of the people who knew her best.”

“A great story told with wit and verve”

Mary Tudor was the first woman to be crowned queen of England. Her accession, in the summer of 1553, took place against the odds and it was, in many ways, emblematic of her life.

England’s First Queen tells the remarkable story of a woman who was a princess one minute, feted by the courts of Europe, and a disinherited bastard the next. It tells of her Spanish heritage, the unbreakable bond between Mary and her mother (Katherine of Aragon), her childhood, her adolescence, her rivalry with her sister Elizabeth, and finally her womanhood. It explores the formative experiences that made Mary the determined and single-minded queen she became. She had fought to survive, fought to preserve her integrity and her right to hear the Catholic mass, and finally she fought for the throne.

As queen of England, Mary retained her tenacity. She married Philip of Spain against much opposition and struggled passionately to restore Catholicism. Yet whilst she was brave as a queen, as a woman she was dependent and prone to anxiety. In an age when marriages were made for political and diplomatic advantage, Mary married a man she truly loved but whom did not share her passion. It is this tension between Mary’s dominance as queen and her tragedy as a woman that is crucial to understanding her reign. Her private traumas of phantom pregnancies, debilitating illnesses and unrequited love were played out in the public glare of the fickle Tudor court. The Mary that emerges is not the weak-willed failure of traditional narratives, but a complex figure of immense courage, determination and humanity.

Published by Bloomsbury and Random House in the US.

“Anna Whitelock’s greatest achievement is her portrait of Mary as a woman as well as Queen – sketching her private tragedies, rejections and physical illnesses – but she always retains the context in which these personal struggles unfolded: the 16th-century struggle for power in Europe….In a complex, compelling character study we see Mary’s determination to regain her rights as Queen.”

“Whitelock blazes through the Protestant burnings that earned her the name “Bloody Mary” and excels in her timely portrait of a religious fanatic.”

“This rollercoaster of a story is told by Whitelock with great verve and pace…It is good to find this book saluted as ‘an impressive and powerful debut’ by David Starkey: he has recently been quoted denouncing the feminisation of history by women biographers. Clearly he is able to lay aside such sentiments when faced with a proper historical work. Quite right too.”

“The book paints a sympathetic portrait of a Queen whose talents have been largely undervalued.”

“Whitelock’s provocative assessment of the scale of Mary’s achievements – a trail-blazing queen regnant who seized the throne through decisive action, who held it firm against determined rebels, who contracted a spectacular marriage, and sponsored thoughtful rather than merely reactionary religious policies – is persuasive on a historical as well as rhetorical level.”

“A sympathetic though far from hagiographic account of one of English history’s most neglected figures, thorough in its research and very well written.”

“Whitelock seeks to rehabilitate Henry VIII’s daughter Bloody Mary (1516-1558), “one of the most reviled women in English history,” and to establish her as “a political pioneer who redefined the English monarchy … this is a perceptive portrait of a zealous queen and the larger-than-life parents and tumultuous times that shaped her.”

“Queen Mary Tudor of England will forever live in history as “Bloody Mary,” for the number of Protestants put to the flames during the reign of this unbendingly Catholic monarch. In this inviting biography, British historian Whitelock presents a more favorable queen… The author sees survivalism in her subject, where other historians have seen only inflexibility and self-righteousness.”

Tudor Queenship: The Reigns of Mary
and Elizabeth

The essays in this volume contribute to a new understanding of the second half of the sixteenth century when England experienced the unprecedented rule of two successive queens regnant. Focusing on a diverse range of issues, from politics and personnel to ceremony and costume, and from a range of perspectives, Tudor Queenship demonstrates that thinking about both queens at the same time can be highly suggestive, and propels us to revise, develop and understand, and to contextualize, traditional interpretations. From what Elizabeth learnt from Mary, assessments of political acumen and the significance of confessional differences this is the first volume to focus on both Mary and Elizabeth, and to consider them as Renaissance monarchs a European stage.

“This is an excellent collection that prompts us to rethink much of what we thought we knew about both the reigns and the personalities of Mary and Elizabeth Tudor.”